Governor Rick Scott announced today that Florida set another record by welcoming the highest number of quarterly visitors in the state's history with 31.1 million visitors in the first quarter of 2017. This represents a 2.5 percent increase over the same period in 2016. Even though Florida's tourism industry is booming, the Florida Legislature cut VISIT FLORIDA's budget by 67 percent for the upcoming fiscal year, putting Florida's incredible growth and the many families and businesses that rely on the tourism industry at risk. 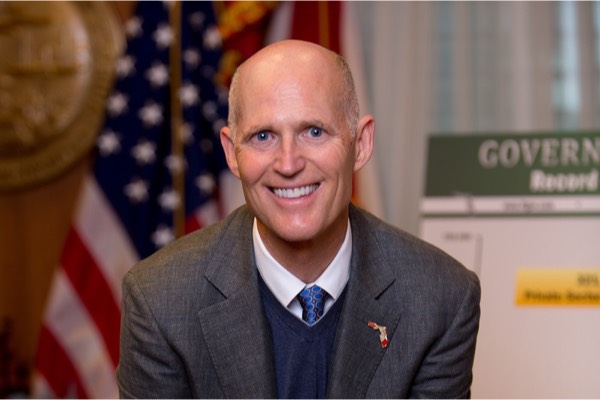 Governor Scott said, "I am proud to announce today that Florida set another record by welcoming 31.1 million visitors during the first quarter of 2017, the highest number of quarterly visitors in the state's history. This historic number would not have been possible without the significant funding we have invested in VISIT FLORIDA over the past few years. It is disappointing that the Florida Legislature made a shortsighted decision to jeopardize the growth of our tourism industry and the 1.4 million jobs that rely on it by cutting funding to VISIT FLORIDA by 67 percent. Now is not the time to take our foot off the gas. In business, you would never stop marketing when you start to see great results. Instead of decimating funding to VISIT FLORIDA, we should be investing in tourism marketing so we can continue to bring record visitors to our state."

VISIT FLORIDA estimates that a record 27.1 million domestic visitors traveled to Florida in Q1 2017, reflecting a 3.2 percent increase over the same period last year. Estimates also show that 2.7 million overseas visitors and 1.3 million Canadians came to the Sunshine State in January-March 2017. Total enplanements at Florida's 18 major airports in Q1 2017 increased 1.6 percent over the same period the previous year, with a record 22.7 million enplaned passengers. For Q1 2017, the number of rooms sold grew by 2.2 percent and the hotel occupancy rate rose 0.7 percent compared to Q1 2016.

Ken Lawson, President and CEO of VISIT FLORIDA, said, "VISIT FLORIDA will continue to focus on the task at hand, which is successfully marketing small, medium and large communities so the tourism industry can continue to create jobs. Because the Legislature decided to inadequately fund VISIT FLORIDA, our organization is going to have to make tough decisions in the coming weeks and will not be able to compete with destinations like California and Texas. We will strive every day so Florida does not become another case study like other states who lost billions of dollars in revenue due to cutting tourism marketing dollars."

*Preliminary estimates are issued 45 days after the end of each calendar quarter. Final estimates are released when final data are received for all estimates in the report.