“Miami-Dade County proudly welcomes WOW air and its passengers to our community. Our residents now have nonstop service to the beautiful, historic city of Reykjavík, as well as to all the connecting flights that city’s strategic location provides,” said Miami-Dade County Mayor Carlos A. Gimenez. “Congratulations to WOW air and also to MIA, for landing another key international route and for adding to its roster of 105 airlines – the most of any U.S. airport.” 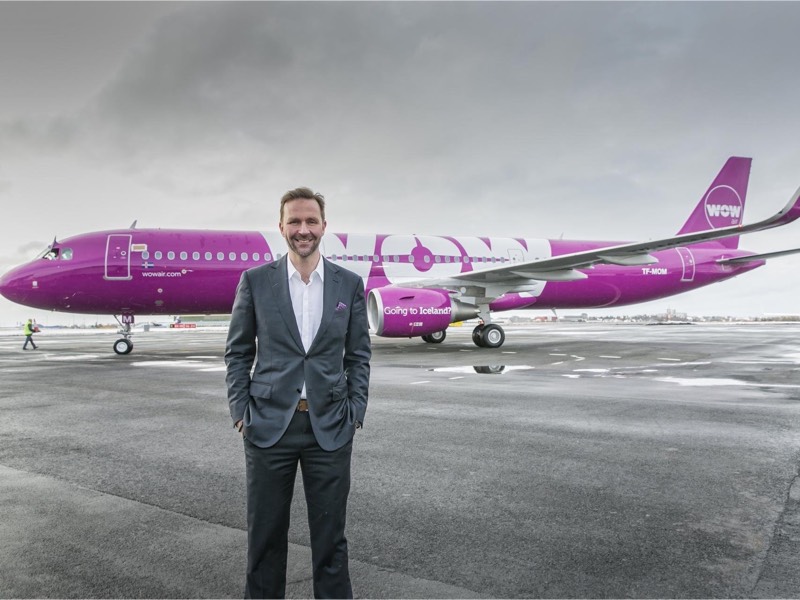 With this new service to and from Miami, Skúli Mogensen, CEO and Founder of WOW air (photo), keeps his promise to bring the lowest possible fares across the Atlantic on brand new aircraft.

WOW air will operate three weekly flights from Miami to Reykjavík, with the option for connections to six other European destinations, on A330-300 aircraft that seat up to 350 passengers.

After arriving from Reykjavík at close to midnight on April 5, WOW air celebrated its first departure from Miami on April 6 with a ceremonial ribbon-cutting with MIA officials, commemorative cake and refreshments with passengers, and a water-cannon salute from Miami-Dade Fire Rescue.

“Aside from being MIA’s first-ever service to Iceland, WOW’s launch into the Miami market also marks our fourth Nordic destination and 23rd route to Europe – the most in the 88-year history of our airport,” said Miami-Dade Aviation Director Emilio T. González. “As a rapidly growing hub to numerous destinations throughout Europe and beyond, Reykjavík also fits perfectly within our strategic plan to expand MIA’s route network to points across the globe. Congratulations to Wow air on their successful launch, and for making Miami its first route to Florida and the Southeast U.S.” 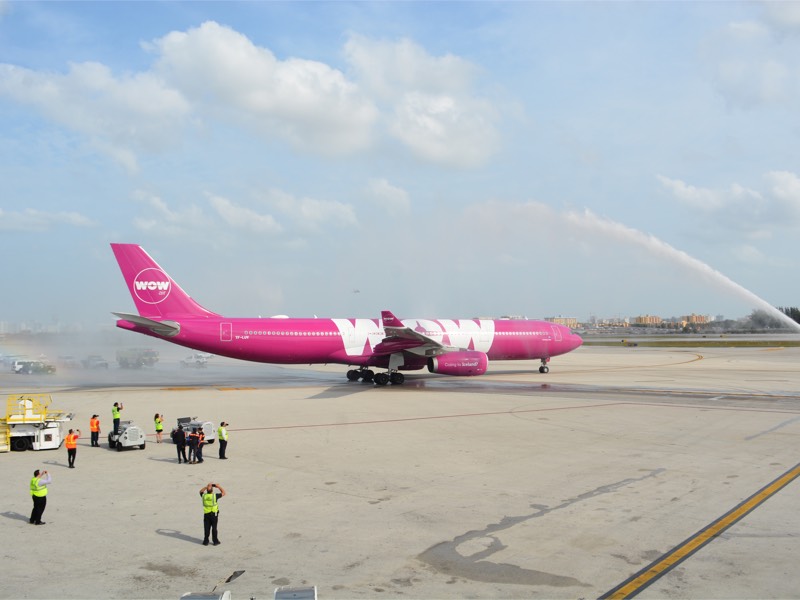 MIA will next welcome the Miami launch of Avianca Brazil, which will begin daily passenger service to Sao Paulo on June 23, followed by first-ever thrice-weekly service to Dublin, Ireland in September by Aer Lingus.

Miami International Airport offers more flights to Latin America and the Caribbean than any other U.S. airport, is America’s second-busiest airport for international passengers, boasts a lineup of more than 100 air carriers and is the top U.S. airport for international freight. MIA, along with its general aviation airports, is also the leading economic engine for Miami-Dade County and the state of Florida, generating business revenue of $33.7 billion annually and welcoming 70 percent of all international visitors to Florida. MIA’s vision is to grow from a recognized hemispheric hub to a global airport of choice that offers customers a world-class experience and an expanded route network with direct passenger and cargo access to all world regions. MIA is committed to sustainable practices. Learn more at www.MIAefficiency.com. For up-to-the-minute departure and arrival information, airport maps and details on shopping, dining, transportation and more, visit www.miami-airport.com.

Photos by MIA and WOW air