Brand USA, the destination-marketing organization for the United States, has announced the appointment of two new board members and the reappointment of two existing members. The new board appointees join a group of tourism industry leaders each with designated expertise in specific sectors of the travel industry including: hotel accommodations; restaurants; small business or retail or in associations representing that sector; travel distribution; attractions or recreations; state-level tourism office; city-level convention and visitors bureau; passenger air; land or sea transportation; and immigration law and policy.

The newly appointed and reappointed members include: 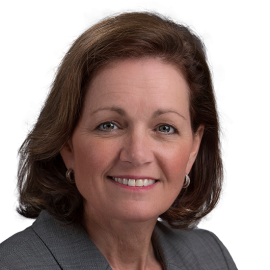 The appointments were made by the U.S. Secretary of Commerce in consultation with the Secretary of State and the Secretary of Homeland Security as provided for in the Travel Promotion, Enhancement, and Modernization Act of 2014. Each appointment became effective Dec. 1, 2016, for a term of three years. 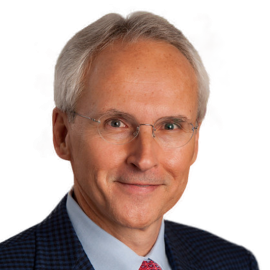 "We are very fortunate to have talented newly appointed board members like Alice Norsworthy and Tom O’Toole joining us as we continue to see Brand USA grow into the premier destination marketing organization in the world and stimulate greater international tourism resulting in both jobs and export dollars for America,” said Tom Klein, president and CEO of Sabre Corporation and Brand USA board chair.   “We are also pleased to have Barbara Richardson and Andrew Greenfield continue their capable service for another term.  Finally, we thank Randy Garfield and Mark Schwab for their many years of service on the board of Brand USA. Their contributions to Brand USA since its founding have been significant and were critical to Brand USA’s long-term success.”

“We look forward to working with Alice and Tom as the newest members of Brand USA’s board of directors. Both are industry leaders and come from two partner organizations that have and continue to be integral to our success,” said Christopher L. Thompson, president and CEO of Brand USA. “Each brings to the board a unique level of insight as we enter into the next phase of our development in fueling the nation’s economy by driving international tourism to the USA. Their perspectives combined with the continued experience of Andrew and Barbara will be a valuable asset to the board.”

Thompson also acknowledged the contributions of outgoing board members Mark Schwab, CEO of Star Alliance Services GmbH; and Randy Garfield, retired/former executive vice president, worldwide sales & travel operations, Disney Destinations, and president of Walt Disney Travel Company. “Randy and Mark have provided invaluable leadership and guidance to Brand USA since our early days as the destination marketing organization for the United States,” said Thompson. “We are eternally grateful for their commitment and contributions from our formative years to today, which has left a lasting positive mark on the organization. As founding board members, they each helped build Brand USA into what it is today, and I am confident the foundation they helped set will serve us well in our future growth.”

According to a study released by Oxford Economics, over the past three years, Brand USA’s marketing efforts have generated more than 3 million incremental international visitors to the United States, benefiting the U.S. economy with nearly $21 billion in total economic impact, which has supported, on average, 50,000 incremental jobs a year.

As the number one services export for the United States, tourism to the United States currently supports 1.8 million American jobs (directly and indirectly) and benefits virtually every sector of the U.S. economy.