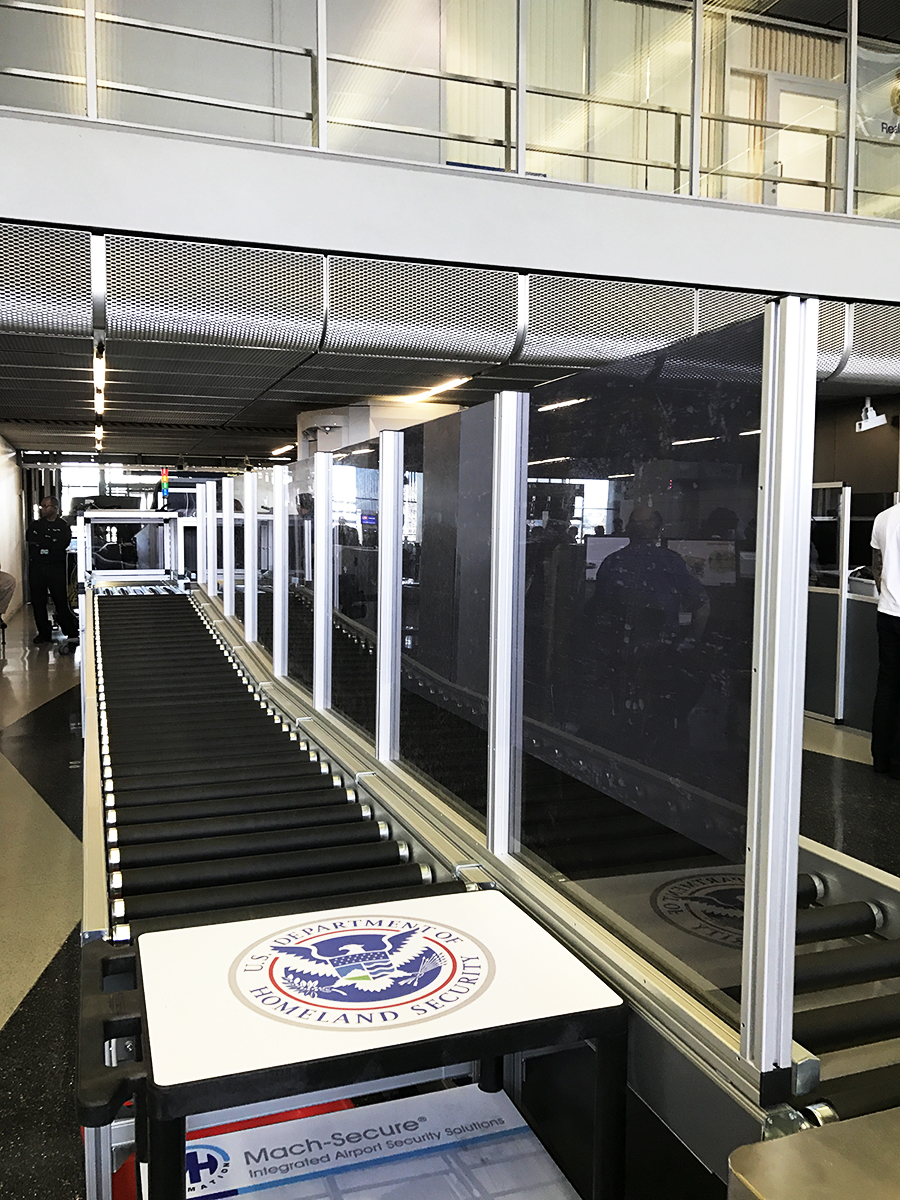 These new automated screening lanes, funded by American, incorporate technology and screening station modifications that enhance security effectiveness while decreasing the time travelers spend in security screening by approximately 30 percent. The advanced equipment in the automated lanes, which were the first to launch at O’Hare last week, offers a number of unique features designed to improve the screening of travelers by automating many of the functions currently conducted manually, allowing passengers to move more swiftly through the checkpoint. These innovations include:

• Automated belts that draw bags into the X-ray machines, returning the bins back to queue after completion of the screening.
• Bags with a potential threat can be directed to a separate area to allow bins behind it to continue through the system uninterrupted.
• Property bins that are 25 percent larger than the bins in regular screening lanes.
• Unique Radio Frequency Identification (RFID) tags that are attached to each bin to allow for additional accountability of items as they transit throughout the system.
• Cameras that capture photos of the outside of the bag, which is linked to the X-ray image of the bag’s contents.

“We are proud to be working collaboratively with the TSA and the Chicago Department of Aviation to be the first airline to debut next generation screening technology at O’Hare,” said Franco Tedeschi, American Airlines vice president — Chicago . “These state-of-the-art lanes enhance security effectiveness and efficiency and will improve the customer experience for our passengers in time for the busy holiday season.”

“Earlier this year, wait times at TSA checkpoints escalated to an unacceptable 104 minutes,” said Chicago Mayor Rahm Emanuel. “Working together with our federal and airline partners, we resolved this crisis and today have average wait times that are among the shortest of major airports in the country. I want to commend TSA for their commitment to improving service and thank American Airlines for continuing that progress by making innovation lanes a priority at O'Hare.”

“We are very appreciative of the ongoing collaboration between TSA and our partners at American Airlines ,” said TSA Administrator Peter Neffenger. “Working together in our efforts to deploy effective, state-of-the-art technologies such as these automated lanes in O’Hare’s Terminal 3 furthers TSA’s ability to fulfill its security mission while also enhancing the travel experience.”

American and TSA anticipate deployment of additional automated screening lanes in early 2017 at Dallas/Fort Worth , Los Angeles , Miami and New York (JFK). Early next year, American and TSA will also commence a pilot of computed tomography (CT) scanners. CT technology, currently only used at U.S. airports to screen checked bags, is expected to significantly improve the throughput when added to the screening process in Phoenix . 3D CT technology could make it possible to allow passengers to leave liquids, gels and aerosols, as well as laptops, in their carry-on bags at all times. This results in a quicker throughput and less bin use. If the pilot testing is successful, TSA may deploy CT technology to other checkpoints nationwide.